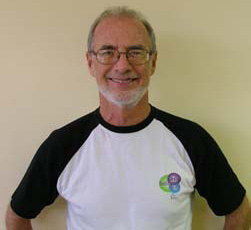 Ray James was a great and admired thinker and innovator in health promotion and was an experienced figure in community based public health in Australia. His early work was in the USA, India, New Zealand and Latin America until he moved to WA in 1980. After a brief return to the USA he spent about five years on the North Coast of NSW. His work in the area of community based health promotion interventions in NSW was well published and among Australia’s earliest and best known health promotion initiatives of that time. His return to WA in early 1990’s saw him hold a number of positions including at the National Drug Research Institute at Curtin University, as a senior manager in the Health Department of WA including directing public health programs in the SW from Bunbury, a period at the Institute of Child Health Research, and in later years at the Centre for Behavioral Research in Cancer Control at Curtin University where he has directed the Mentally Healthy WA project.

Since the early 1990’s Ray was a member of the research team that developed and revised health promotion competencies for health promotion practitioners. The work resulting from these projects has received substantial international coverage, and has been used in several other countries. Ray contributed extensively to a number of professional associations, in particular the Australian Health Promotion Association. As well as being a member of the National Management Committee he served for many years on the WA Branch committee in various roles including terms as Branch President. Ray was one of the founders of the Health Promotion Journal of Australia and a founding editor.

Common themes of his professional work included: innovation; willingness to risk trialing new approaches; mentoring early-career professionals and helping others beyond the call of duty. In 2000 Ray was awarded a Life Membership of the Australian Health Promotion Association in recognition his outstanding and distinguished service to the Association and to health promotion in Australia. Following his death in early 2008 the Australian Health Promotion Association endorsed the establishment of an annual award in his memory. 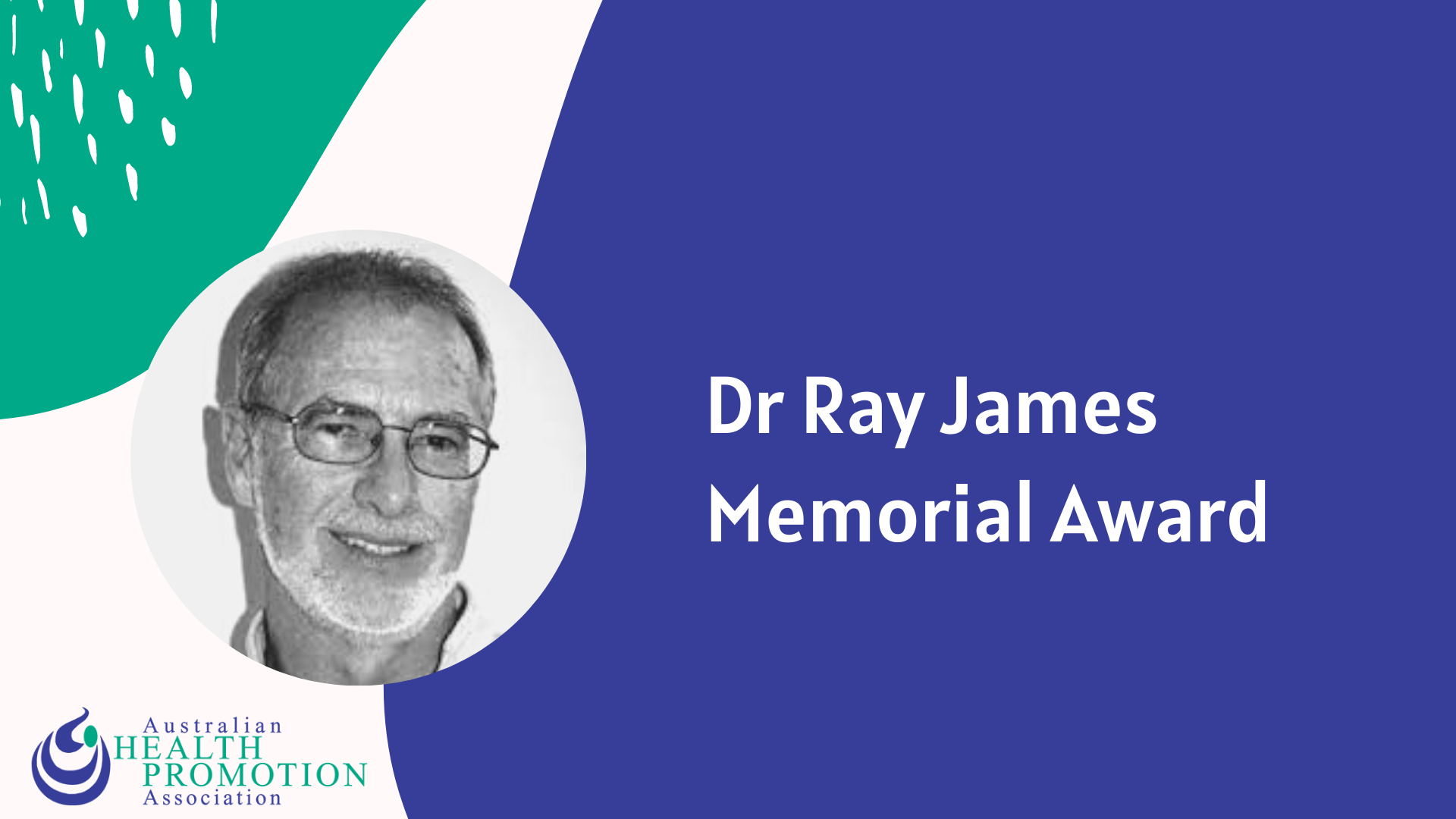 Highly Commended 2020
Wiseman, N., Rossmann, C., Lee,J., & Harris, N.
2019 "It's like you are in the jungle": Using the draw-and-tell method to explore preschool children's play preferences and factors that shape their active play. Health Promotion Journal of Australia, 30(S1), 85-94.

A special commendation certificate was awarded to: Jillian Adams, Avigdor Zask and Uta Deitrich
for their article in the August 2009 issue: Tooty Fruity in Preschools; an obesity prevention intervention in preschools targeting children’s movements skills and eating behaviours.