The Glen Paley Memorial Award has been established to recognise individual achievement within the Australian Health Promotion Association (AHPA®), contributing to its mission of “A healthy equitable Australia”. The Award provides an opportunity to recognise the valuable contribution and commitment of our Board and Branch Committee members, to the operation of the Association and its membership. Click here for more information and to hear from past recipients.

The National Health Promotion Learning and Teaching Award has been established to recognise individual achievement within the Australian Health Promotion Association (AHPA), contributing to its purpose of “Leadership, advocacy and workforce development for health promotion practice, research, evaluation and policy”. The Award provides an opportunity to recognise the valuable contribution and commitment of learning and teaching academics to workforce development in Australia. 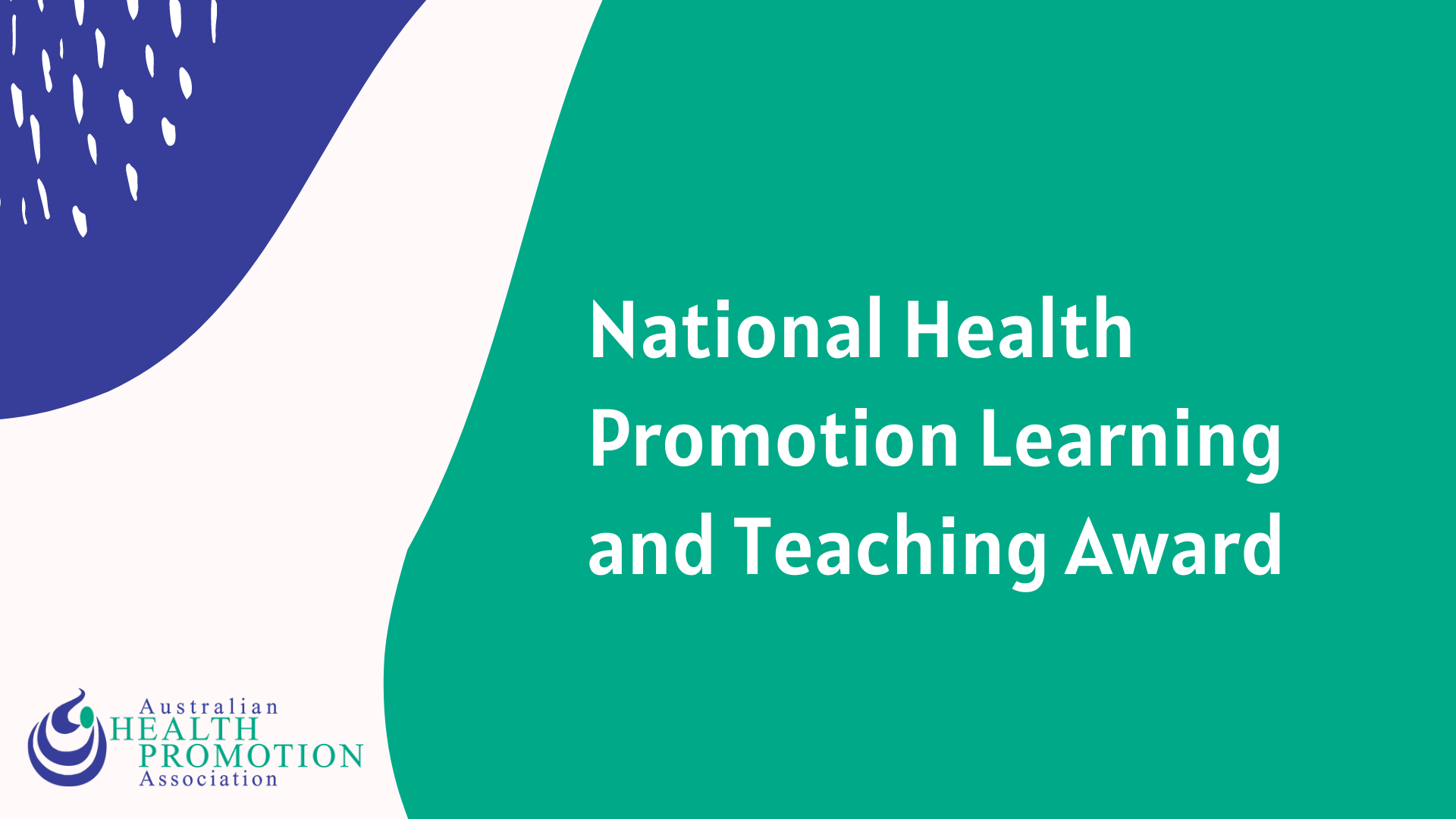 Suzanne Gleeson is a long-serving member of the Australian Health Promotion Association. For 15 years she has contributed to its functioning at the state and national level and during this time she has been involved in every aspect of AHPA’s operations. Suzanne was made a Fellow of AHPA in 2014. To acknowledge and recognise Suzanne’s tenure, contribution and commitment to health promotion the Board resolved to establish the AHPA Suzanne Gleeson Professional Development Scholarship Fund. The purpose of the Fund is to support practitioners to develop their health promotion competencies with a particular focus on continuing professional development to support requirements related to practitioner registration. The Fund will support professional development around the determinants of health (particularly social and ecological) and health equity. Read more.

Scholarships are offered prior to every national conference – you will be advised of these through your AHPA® branch and watch this website for information.
Branches also recognise members’ contribution and excellence in health promotion practice. See the Branches for more information.

To recognise achievement in health promotion within Australia, AHPA® may provide one of several awards to members or supporters who have given outstanding and distinguished service or made a significant contribution to the purposes and objectives of the Association and to health promotion.

Nominations for the award of Life Member shall:

Life Members of the Association

In recognition of their distinguished, meritorious and special service as a mature leader in health promotion in Australia and their significant contribution to the purpose and objectives of the Association, the award of Life Member has been bestowed upon the following people.

Note: Following his death in early 2008 the Australian Health Promotion Association endorsed the establishment of an annual award in his memory.

Nomination for the award of Fellow shall:

Fellows of the Association