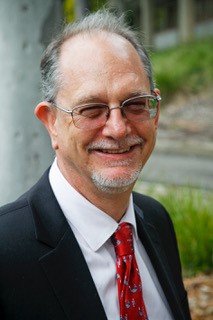 He is currently on the Research Evaluation and Evidence for Translation (REET) Committee of the Board, of Australian Health Promotion Association, and on the Editorial Advisory Board of the Health Promotion Journal of Australia. He was awarded a Life Member of the AHPA in 2013.

Professor Christopher Rissel has worked in health promotion in several Area Health Services in New South Wales, and was the Director of the Health Promotion Service in the Sydney and Sydney South West Area Health Services for 10 years. He has over 300 peer-reviewed publications and dozens of research reports.

His research interests now focus on childhood obesity prevention, and the promotion of active travel, particularly cycling. He is interested in the translation of research into practice and relationships between evaluation and policy. He has worked extensively in health promotion in NSW and has extensive experience in planning, implementing and evaluating community-based health promotion.

Health promotion plays and important role in the broader public health and primary health care arena, in contributing to the improvement of the health and wellbeing of individuals, groups and the broader population. The Health Promotion Journal of Australia, is the official publication of the Australian Health Promotion Association, and it aims to facilitate communication between researchers, practitioners and policymakers involved in health promotion activities. The Journal serves as a forum for sharing research and knowledge, and to foster an environment that encourages innovation and critical thinking in the field of health promotion. Many of our members accept the invitation to peer-review for the Journal.

The following data extracted from Wiley Blackwell publishing data base will be used ascertain the potential candidates for consideration.