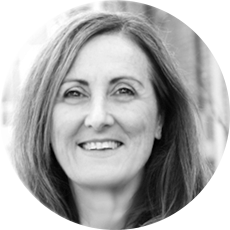 Justine worked as a Dental Therapist in private practice dentistry in rural and metropolitan Western Australia for over 12 years before commencing an academic career at the University of Western Australia in 2001. She has continued to support the delivery of online dental education for the Global Institute for Dental Education, USA since 2008. Justine has taught at the University of Western Australia in Health Sciences and moved to Curtin University in 2008 to teach in health promotion. Her current role at Curtin is as Senior Lecturer in Health Promotion, and a Teaching a Research Fellow with the Collaboration for Evidence, Research and Impact in Public Health.

She focuses on the evaluation of health promotion interventions; health-related mass media campaigns and their design and evaluation; sedentary time and reducing prolonged sitting in the workplace; with an emphasis on translational research. She has been an AHPA Board member since 2013 and is also a member of the Mass Media Advisory Panel for the US National Physical Activity Plan. She lives in Fremantle, WA and is a keen Docker’s supporter.